God of Abraham, Isaac, and Jacob,
Who lived by your covenant,
Imperfectly but without giving up,
Make us faithful as well.

God of Adam, Moses, and David,
Who failed spectacularly,
Yet repented faithfully,
Make us faithful as well.

God of Rahab, Esther, and Ruth,
Who dared much and loved much,
Make us faithful as well.

God of the Psalmists,
Who shouted their doubts
And sang your praises,
Make us faithful as well.

God of Isaiah, Jeremiah, and Amos,
Who spoke your truth
Despite great opposition,
Make us faithful as well. 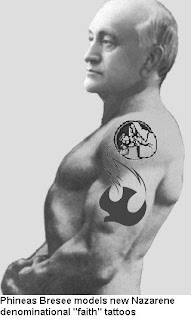 In my research on Wesley and Bresee this week, I discovered Holy Hijinx, a Nazarene satire site.  Check out this phenomenally funny post on the "discovery" of Phineas Bresee's tats.  The upper one is the logo for Nazarene Compassionate Ministries, and the lower one is the heart of the logo for the Church of the Nazarene.  Absolutely hilarious!  Well done, Holy Hijinx.  I think we'll put this in the bulletin this week.
Posted by Unknown at 2:25 AM 2 comments

An MDiv student just interviewed me about leadership.  Here are my answers.

1. In your opinion, what does good leadership consist of in your organization? Good leadership is: "to equip his people for works of service, so that the body of Christ may be built up until we all reach unity in the faith and in the knowledge of the Son of God and become mature, attaining to the whole measure of the fullness of Christ" (Eph 4:12-13). My job is to help our people do their jobs which helps us all grow up into the people God wants us to be. This plays out by investing heavily in our pastoral team, working closely with them to help them grow as leaders. Also, I need to spend time helping our board be equipped and inspired to lead - not just to fill a post. This is always something that I can do better. My natural tendency is to try to be the loan leader rather than to lead by equipping leaders.

2. What qualities are needed to effectively lead at the top?
A) Humility. First and foremost, we must know our own weakness, fallibility ...

This is my second Best American Essays book to read, and I loved both of them.  The most valuable part of this book series is that it exposes me to good thoughts and good writers I would not otherwise encounter.
Here's how the series works.  Robert Atwan (the series editor) - and I presume a massive team of interns - comb through nearly every literary magazine or journal printed in the USA for the best stuff written that year.  That list includes 100-200 articles.  Then, each year, they choose a celebrity author to be the guest editor, who culls that massive selection into 20 or so for the book.
This year's guest editor was Christopher Hitchens, the famous atheist who wrote God Is Not Great.  I was a little concerned that the essays might be overly hostile to Christianity or religion, but that was not the case.  The selection was surprisingly neutral and occasionally positive in that regard.
The topics showed an amazingly wide scope: a Tolstoy scholar with a theory that he was murdered, a necrophiliac murdering lion, eyeballs, Einstein's impact on the American Jewish community, the French philosopher Montaigne, Marion Barry - the crack smoking DC mayor, Brooklyn, human genomics, John Updike, a beautiful theory on Van Gogh's true illness written by someone who has chronic spells of dizziness, multiculturalism, Central Asia's history as the intellectual center of the world, Bill Buckley - the founder of The National Review, and George Orwell's classist battle.
I feel like a more intelligent, more informed person for reading this book.  Perhaps there's a bit of narcissism in there feeding my desire for this kind of book, but perhaps there is also a genuine desire to see and to understand our world.  Hoping toward that end, I give this a strong Josh rating of: JJJJ (out of 5).


Our small group read Mere Churchianity over the summer and early fall.  One of our members has been following the site www.interentmonk.com, started by Michael Spencer, for years.  Honestly, we collectively had mixed reviews of the book.
On the positive side:

On the negative side:

Overall, I would say this is a good book for people who have been deeply hurt by the church.  This can give them hope that they can still be Christian despite their frustrations with the church.  I wish it was more balanced, but perhaps the imbalance is itself a gift to those who have had a negatively imbalanced experience of church (and to those of us who need to understand the natural feelings embedded in that type of experience).
The Josh rating: JJJ.

The Importance of Followers

I love this quote: "The first follower transforms the lone nut into a leader. ... Leadership is overglorified. ... If you really care about starting a movement, have the courage to follow and to show others how to follow. And when you find a lone nut doing something great, have the guts to stand up and join in." - Derek Sivers
Posted by Unknown at 1:51 AM 0 comments 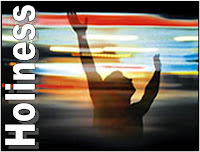 I grew up hating holiness.  I hated hearing about it.  I hated singing about it.  I hated talking about it.  I hated everything about holiness.
That was a problem - especially for someone in the Church of the Nazarene, which is a “holiness denomination.”  We talked about holiness a lot.  We preached about it.  We sang about it.  We talked about it in Sunday School.  But I hated it.
Then, I went to MidAmerica Nazarene University, and I discovered that I was not alone.  “Doctrine of Holiness” was required for all ministry students, and it was one of the students’ least favorite classes - right behind “History and Polity of the Church of the Nazarene.”  When special preachers came and did revival services and talked about holiness and entire sanctification, we felt this awkward tension between wanting to stand up and argue and wanting to run to the altar and repent and pray -- again -- for the hundredth time.  Any time “Holiness unto the Lord” was sung, we cringed inside and kind of turned to our neighbors with an uncomfortable smirk, like “There they go again.”  We might even swing our arms in mock joy (“Sing it, shout it, loud and long”), while inside we were scoffing at such an overplayed and under-lived song on an over-preached subject.
What’s the deal?  Why all the resistance?  Why all the bitter feelings?  Why on earth would future pastors not want to talk about being holy?  And if the theology majors didn’t want to talk about holiness, you know everyone else was either clueless or hostile.  What happened? 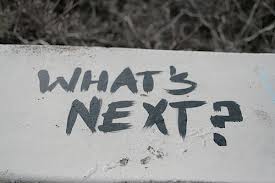 Once a year, we spend one day talking about our life as a church - where we’ve been and where we’re going as a church.  Today is that day.  If you’re new with us, consider this a brief look into what’s going on here.  You’ll see that good things are happening.  If you’re not new, walk with me as we try to understand our history, our present, and where God is leading us for our future.

As I’ve been thinking about this year for our church, I’ve also been thinking of a story from my Texas history class.  The key story of Texas history is their struggle for independence from Mexico.  Here’s a 30 second summary.  Texans rebelled against Mexico and had some early victories in 1835.  Yeehaw!  Mexico responded with a well-trained army under the ruthless General Santa Anna.  The small, unorganized Texas army started - as we say in Texas - gettin’ whoopped (beaten).   Under General Sam Houston, the Texas army retreated, recruited, and trained ... retreated, recruited, and trained.  They were building strength and waiting for the right time.  Finally, in 1836, the Texans attacked, captured Santa Anna, and won the war.
On the surface, it looked like they were moving backward and getting weaker.  But they weren’t.  They were getting stronger and preparing to move forward from a position of strength.  They were preparing for victory.

"Everything that Rises Must Converge" - by Flannery O'Connor

Our small group is now discussing different articles or stories every week.  This week it's my choice, and I jumped at the chance to discuss a Flannery O'Connor story.  I'm intrigued by the concept of pointed fiction - telling a story as a way to prod people into thinking deeply about theology, spirituality, culture, and ethics.
My choice for this week is the title work for one of her collections of short stories: "Everything that Rises Must Converge."
-----

HER DOCTOR had told Julian's mother that she must lose twenty pounds on account of her blood pressure, so on Wednesday nights Julian had to take her downtown on the bus for a reducing class at the Y. The reducing class was designed for working girls over fifty, who weighed from 165 to 200 pounds. His mother was one of the slimmer ones, but she said ladies did not tell their age or weight. She would not ride the buses by herself at night since they had been integrated, and because the reducing class was one of her few pleasures, necessary for her health, and free, she said Julian could at least put himself out to take her, considering all she did for him. Julian did not like to consider all she did for him, but every Wednesday night he braced himself and took her.
She was almost ready to go, standing before the hall mirror, putting on her hat, while he, his hands behind him, appeared pinned to the door frame, waiting like Saint Sebastian for the arrows to begin piercing him.

Click here for the text version of this story.  I especially like the idea of just scanning something at home when it runs out.  This could put an end to shopping lists.  Very innovative.

How Overwork Happened to Me

I have preached against overwork for years.  I've condemned others (vocally and internally) for consistent overworking.  I've prided myself in my "structural preventions" for working too much.  In our house, we have a weekly sabbath, family night, and date night.  I arrogantly believed that these protected me from the increasingly common problem of overworking.

As a pastor, I expect to work 50-55 hours a week.  If we expect church members to work 40 hours a week, attend worship services, hang out with church people, and volunteer, then it's fair to expect pastors to put in about the same amount of time.  I've thought for years that my structural barriers kept me at around the 50 hour mark, and that difficult weeks wouldn't push me too far overboard.

Difficult circumstances and a new baby have forced me to reexamine my schedule.  I was shocked when I counted my hours in a normal work week.  My normal - not so difficult week - totals 57 working hours.  That put a quantifiable explanation to my feelings of fatigue, depression, overload, imbalance, and inability to catch-up at home.  No wonder I've been tired.  No wonder I can't seem to do any of the things I've been wanting to do at home.  No wonder I haven't been doing any art.  No wonder I feel stressed and anxious.  I'm chronically overloaded!

How did this happen?  After preaching against overwork and being a staunch supporter of simplicity, how did I end up a victim of one of my own greatest enemies?